This week has been a litte hectic because Monday was a holiday and all my students replaced their classes at weird hours of the day. However, today I am extremely happy because my last class ends at 3.

Aside from my semi-busy schedule this week, I have the following to report.

1.) My boyfriend has been assigned household duties and responsibilities. These include (a) taking out the trash three times a week; (b) Hanging up or folding clean clothes; and (c) putting the dirty clothes in the hamper. When this new rules were initially implemented, things got a little rocky and my boyfriend somehow put the few English words he knows together and starting singing I want Freedom. However, I am happy to report that one trashbag was emptied and one suit was hung up this week. One step at a time.

My boyfriend, taking out the trash.

2.) I have taken up jogging. This may be a bit of an exaggeration. But so far this week, I have forced myself to go outside and jog two laps around the park three times a week. Two laps may not seem like much, but these mere to laps end up resulting in a three hour nap. However, I do feel better during the rest of the day (the parts where I am awake, at least) and I plan to add another lap every week until I reach 10.

3.) This past Monday I went to T.G.I Friday’s with my friend Courtney (my only friend in Bogota). Several of you out there have asked me why T.G.I Friday’s in Bogota was a disappointing and I can report the following reasons: They took forever to take our order, they advertise sprite as lemonade, they brought me the wrong drink, my fish was a bit salty, and they forgot my icecream. They also told us the booths weren’t open to service, even tough they appeared to be open to service a few minutes after we sat down. 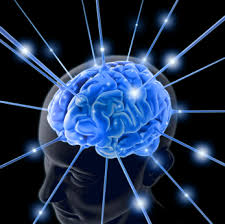 4.) I’m trying to rewire my brain. I’m reading Rewire your Brain by John Arden and he has taught me that when one is trying to learn something new, one must put effort into it until it becomes effortless. John doesn’t really say anything my mom hasn’t told me (eat breakfast, do exercise, Yes You Can!) but the message seems to go down easier when it comes from a stranger. Aside from the jogging, I’ve decided that I am going to rewire my brain by teaching myself math. I never actually mastered the basics of algebra, so between now and June, I plan to become proficient in Algebra, geometry, and trigonometry, and then sign up for an online calculus and statistics class. I’ve also decided that I want to rewire my brain when it comes to my memory. There was a story on NPR about a journalist who became the U.S memory champion my memorizing decks of cards, hundreds of words at one time, poems, et cetera. He used a method called the Loci Method, in which you remember things by associating them with a certain location, for example, in your house, university, office, et cetera. For example, if he had to memorize the words fox, mom, and bench, he would imagine a fox at the entrace to his house, his mom in the hallway and a bench in the kitchen. I’ve decided that this week I will memorize John Keats’ Ode on a Grecian Urn to test this memorization method out. I don’t know if there’s really any purpose in memorizing anything nowadays, but it seems like a good challenge. I will let you know if it works.

4.) Check out a friend’s blog. She is building a boat and blogging about it:

5.) I continue to work on all of your Christmas scarves.

5.) I continue to work on all of your Christmas