I’ve written about urban areas in my last couple posts so now I’ll turn to the suburbs. I recently started exploring the Cub Run Stream Valley in Centreville, which is a large park (over 800 acres — that’s bigger than Central Park in New York) just a few streets from my house. Fairfax County’s system of stream valleys is actually quite nice, though some are nicer than others. You won’t find park benches, BBQ pits or playgrounds here, but it’s a nice place to “get away from it all” without actually getting away from it all — the majority of the stream valley is within a few hundred feet of townhouse and single family home developments and there are many access points throughout the surrounding communities. Some portions of the park are popular with dog-walkers, joggers and bikers, but others look like they’ve barely been explored. There are miles of asphalt, dirt, paved and gravel trails so it’s a great spot for biking and it’s quite beautiful, especially during bluebell season (see pics below).

I love this place for the following reasons:

1.) Narrow, winding paths surrounded by woods on both sides

5.) Easy community access. I think this is key. So many suburban parks require driving to get to. I love when green spaces feel like they belong to a community, rather than being a pretty but faraway weekend park.

6.) This is the kind of place I fantasized about as a child (to think it was here the whole time!) so going here kind of makes me feel like I’m a kid exploring new places, which really is a nice feeling.

The Bluebells are usually in full bloom by early April and last about three weeks. They give portions of the trails at Cub Run Stream Valley a dreamy, “enchanted fairytale” vibe. 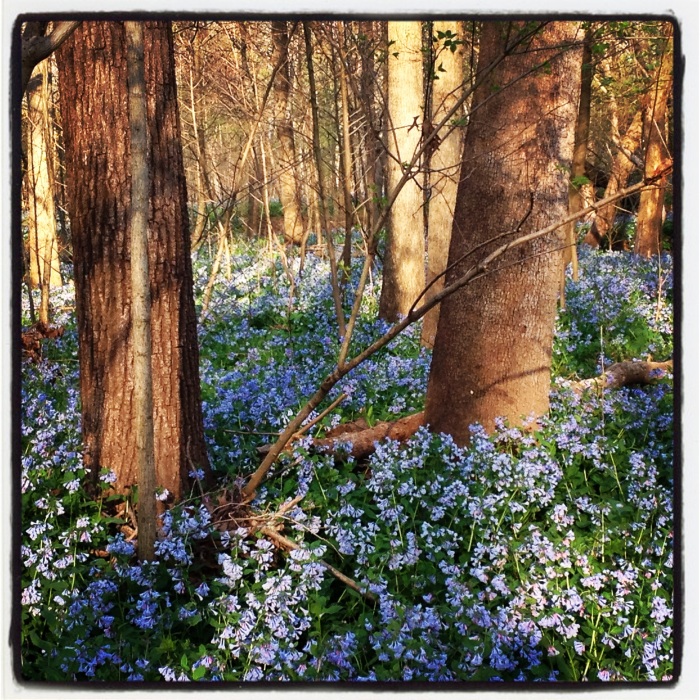 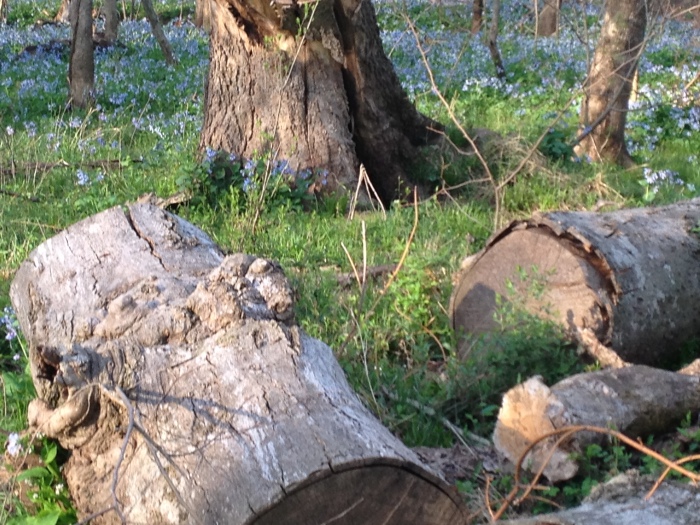 The creek at Cub Run Stream Valley. It gets pretty wide in some portions of the park.

Picturesque stone Crossing relatively near the Stone Road entrance the park. This is one of the more popular sections of the park.

Dirt path leading to creek. Last time I rode my bike here there were some boys fishing. It had rained the day before and there was even a small waterfall. 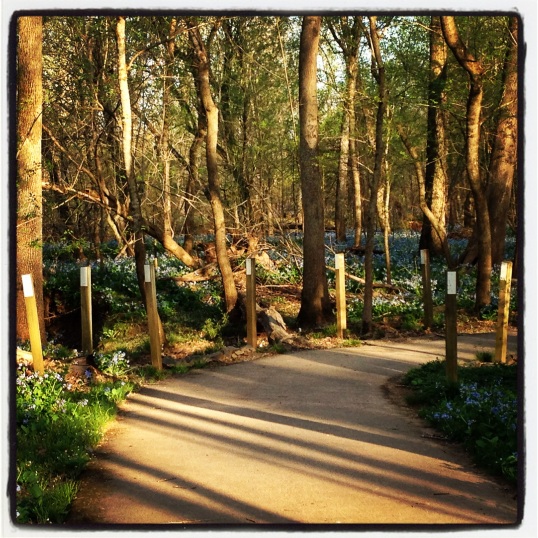 This is one of the many paved biking/jogging paths in the stream valley. Some of the connecting trails are gravel, so you’re better off with a gravel/mountain bike. On a typical ride, you’ll pass dense woods, Cub Run Stream, some train depot ruins dating back to the late 1800s, a golf course and plenty of plant and animal wildlife. Watch out for squirrels!