I woke up today feeling inexplicably nostalgic for Colombia. Actually, it’s really not all that inexplicable. It started with the German Gourmet. Things like that are common in Colombia — things that don’t seem to fit in with their surroundings and make you do a double take. I was remembering this  fancy chocolate shop in Chapinero on decrepit-looking street whose main feature (other than the chocolate shop) was locale after locale of hardware shops.  I never went in, but I always wondered exactly what crowd they were hoping to attract. Construction workers with fine taste in chocolate?

Colombia — Bogota at least — was like that. There were entire streets devoted to selling one singular type of item. In the Center, there was La Calle del Libro, where you’d find shop after shop selling used and new books. In Chapinero there were streets of hardware stores,  eyeglasses shops, home goods shops,  souvenir shops…you get the point. Anyway, this German Gourmet shop, amid this nondescript, architecturally insipid but culturally rich mostly Latino neighborhood, took me right back to my days in Bogotá. The weather was even Colombianesque…60s and cloudy. 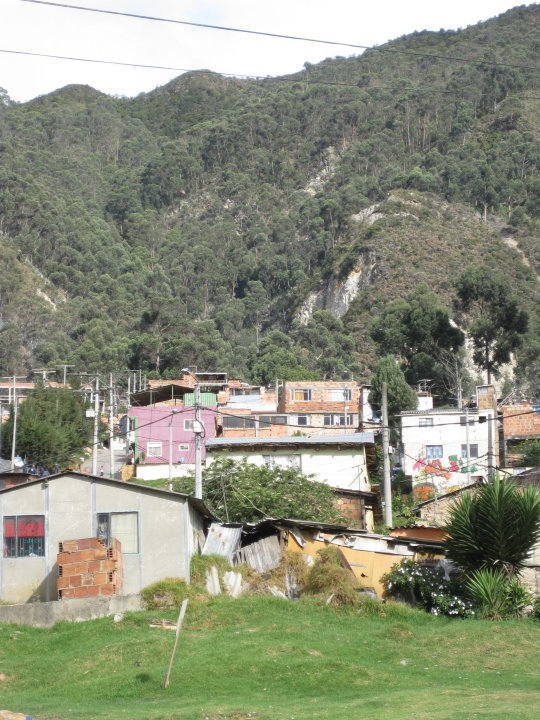 Makeshift homes like these in or near the mountains are called “invasiones,” and are built mostly by refugees from the countryside.  These tin, brick and cement shacks running up and down the mountain light up like a nativity scene at night. One of those extravagant, multi-layered nativity scenes you find in Colombian homes at Christmas, that is. 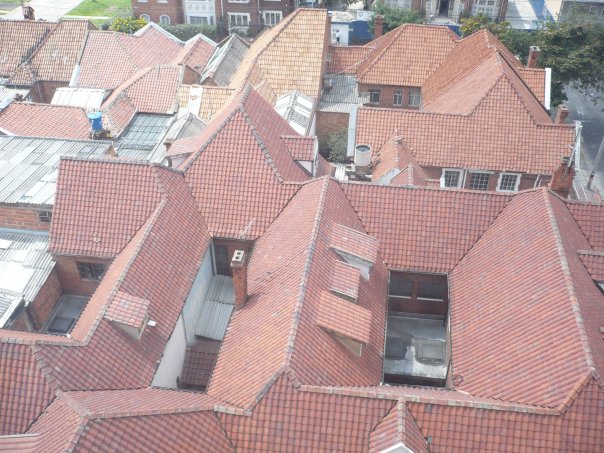 The orange roofs of Chapinero. A view from one of my many homes in Bogotá. Bogotá, especially Chapinero, went through a serious English-inspired architectural phase. In Chapinero Alto, you can still see the better-maintained remnants of this phase, though many of the English mansions in lower Chapinero are abandoned or falling apart. 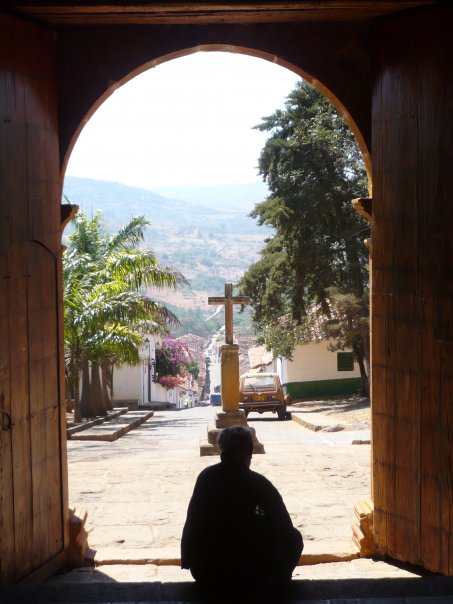 One of the things I miss about Colombia is how quickly the weather and landscape changed. Just a short car ride down the mountains and you were in the tropics, worlds away from Bogota’s cold, rainy climate. This picture is from Barichara, this tiny, whitewashed, almost intolerably hot and breezeless town in the province of Santander.

A scene from Colombia’s coffee-growing region “el Eje Cafetero” near Armenia. I kind of think of this as cowboy land. Massive coffee plantations, corruption, incredible natural beauty and favorite Colombian vacation spot. This area became popular again over the last decade or so after being off-limits due to guerilla and paramilitary violence. 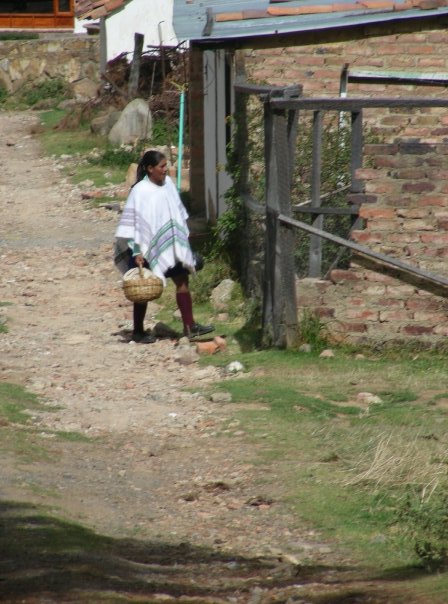 A campesina just outside Villa de Leyva. I guess the closest translation for campesina is peasant. In Colombia, campesinos work mostly as farmers in the countryside, though hundreds of thousands have had to leave behind their lands and homes due to paramiltary and guerilla violence. When they come to cities like Bogota, they create new neighborhoods that often start as invasiones. (See pic above).

The white church in La Plaza de Villa de Leyva. This picture was taken about a mile down from where the picture of the campesina was taken. This is the biggest plaza I’ve ever been in besides Tiananmen Square in Beijing. Villa de Leyva is a gorgeous, touristy town about four hours from Bogota.