When I’m at the gym I like 1.) Listening to music or 2.) Catching up on Radio Lab. This morning I wasn’t feeling particularly musical, so I decided to listen to an old Radio Lab broadcast about a baby girl born at 23 weeks and six days, which is usually considered to be before the point of viability. I’m really not a baby person — really, given a choice between holding a baby chimpanzee or a baby human I’d always choose the chimpanzee — and I wasn’t particularly excited about this broadcast, but the story had me at the edge of my seat (my stationary bike seat, that is).

The broadcast focuses on the difficult decisions faced by a couple, journalists Kelly and Tom French, and their extremely premature baby, Juniper. Basically, it goes like this: Kelly really wants to have a baby and after trying to no avail, she decides to go the egg donor route and finally becomes pregnant. She is thrilled and everything is great until one day, she starts feeling sick and then begins bleeding profusely. At this point, she is just over five months pregnant and thinks she is losing the baby. She goes to the hospital, still bleeding profusely, but the doctor tells her the baby still has a heart beat and she’s pumped up with drugs to keep her from going into labor. But three weeks later, doctors have no choice but to deliver the baby.

The little girl is born alive but fragile, barely weighing over a pound. She does alright for several days, but then blows a hole in her intestines. Doctors suction her stomach and pump her full of antibiotics, but the same thing happens a few days later. her blood pressure plummets and it becomes clear that Juniper is dying. The doctor informs them that their only choice at this point is to operate, though it probably won’t be successful because the baby is so tiny and her skin is so papery. The surgeon is very hesitant to operate but finally agrees because otherwise Juniper will surely die. Surgery doesn’t go well, and Juniper isn’t expected to survive. But then, she keeps staying alive. She has complication after complication, but then she starts gaining weight. She starts healing and finally, five months later, her parents take her home. Now, she is a perfectly normal two year-old girl, but she could so easily be dead.

I was pedaling very slowly as I listened to this broadcast. It’s hard to pedal super fast when you’re listening to a story about a premature baby on the verge of death, even if you consider yourself more of a baby chimpanzee kind of person. So there I was, pedaling at a glacial pace, tearing up a little and probably looking like a crazy person while I listened intently to the story of Juniper French.  You can listen to the full broadcast here. It’s about an hour-long, but it’s definitely worth it. Anyway, the story of Baby Juniper and her parents stayed with me all day and I kept trying to figure out why. So at the end of the day when things were a little slow, I decided to write down the reasons. This is what I came up with:

1.) Probably more than we’d like to know, people live or die depending on who’s making the decisions. If Juniper’s doctor hadn’t been so insistent on surgery to the very reluctant surgeon, she most likely would have died. If Juniper were a Hispanic baby born to a Spanish-speaking single mother, would the same decisions have been made? Would the doctors have given up earlier? How many people would be alive if they had better medical care?

2.) Which leads to: Are there people willing to fight for you? And if so, does this mean your life has more value/is more significant/more meaningful because someone will be there to take care of you at the end? I know this isn’t exactly politically correct — all human life has value — but is that really how it works in real life? I doubt it.

3.) And related to the above: This little girl has educated, bright, loving parents who wanted a child. She had an excellent medical team (and probably good, private insurance) and her parents were probably well-off enough that they could take five months off of their lives to be by her side. She had parents and doctors who believed her life was worth fighting for, that her life was important enough to save by any means possible. How many people don’t have this?

4.) Is there such a thing as a will to live? The broadcast touches on this quite a bit. Juniper’s father interprets her wrapping her fingers around his finger as a sign that she wants to live. At one point, when her parents are trying to decide if they will go through with the surgery to fix the hole in her intestines, Juniper opens her eyes wide and stares straight at the doctor. The doctor and parents interpret this as Juniper declaring her will to live. But can a baby — especially a premature one — really declare its will to live? As one doctor says, perhaps this baby just developed a few more air sacks than a baby who doesn’t “declare” its will to live. Do we choose to interpret these signs because they reinforce the way we are already leaning, or do we interpret these signs (a pale, motionless baby wants to “give up the fight” and “go to a better place” while one who opens its eyes wants to live) because it takes the burden of decision-making off of us, at least slightly? 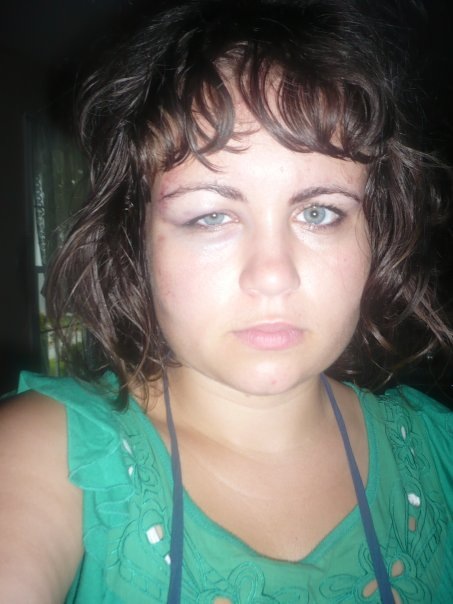 The one day in my life I didn’t wear a helmut I flew over my bike handles, got a black eye and bruised half my body so bad I couldn’t walk for a week. Was God trying to teach me a safety lesson or was it just pure bad luck?

I know I’ve done this in my life, although thank God never in this type of extreme life and death situation. I don’t know how many times I’ve said it wasn’t meant to be or it was a sign. Have I given up on significant, meaningful and perhaps life-altering, life-bettering dreams and notions simply because the right “signs” weren’t there? And have I fruitlessly fought to save things that should never have been fought for in the first place just because I interpreted one particular event, one tiny probably insignificant act as a sign from the God, the world or whatever exists beyond us? Is there a place for irrationality in our decision-making processes, or would we be better off if we took a more scientific approach and accepted the fact that “signs” have no meaning beyond the meaning we attach to them? Or are our arbitrary interpretations of signs just one of the many ways we make ourselves feel better about the decisions we make in our lives? Because spending a lifetime fixating on a past we can’t change or perceived mistakes would be torture and completely intolerable.

Anyway, even though I know there’s probably no such things as signs, I’ll probably keep interpreting them and using them to make decisions in my life. It’s nice to think I’m being guided by some force bigger than myself, even if it’s a completely delusional notion.

You can read Kelly French’s series of articles on Baby Juniper here.

Like Loading...
‹ You Get What You Give
Today I Decided I Need to Find a Way to Get Rich. If Snooki Can do it, I Can do it. ›