An Update, in Pictures

It’s been a while since I’ve blogged and I’ve been working on this post for about 3.5 months…but just haven’t found the inspiration to finish it…until now. I’m babysitting tonight, the kids are asleep and I saw my friend  Courtney today and she said, “You haven’t updated your blog.” So here it is.

1.) My grandmother came to visit. She was here for six weeks from September to mid October and thoroughly explored most of Northern Virginia’s major malls. She shopped ’til she dropped (really: We had to push her around in a wheelchair) and ultimately declared that American clothing has gone down the toilet (what terrible quality! what cheap materials!)  However, this did not stop her from making highly specific shopping demands (Manassass  Kohl’s only —  Fairlakes Kohl’s was deemed indisputably sub par).  Also, it’s not fair for me to act like a victim here…my mom, aunt and sister were the martyrs when it came to the shopping. My sister claims she spent six hours at Talbot’s with my grandma. I don’t know if this is true, but it’s not out of the question. Even though I didn’t take my grandma shopping, I did spend an entire afternoon teaching her how to email, and I believe she may be the most technologically advanced almost 84-year-old in her building (and the proud owner of a laptop AND an iPad)! 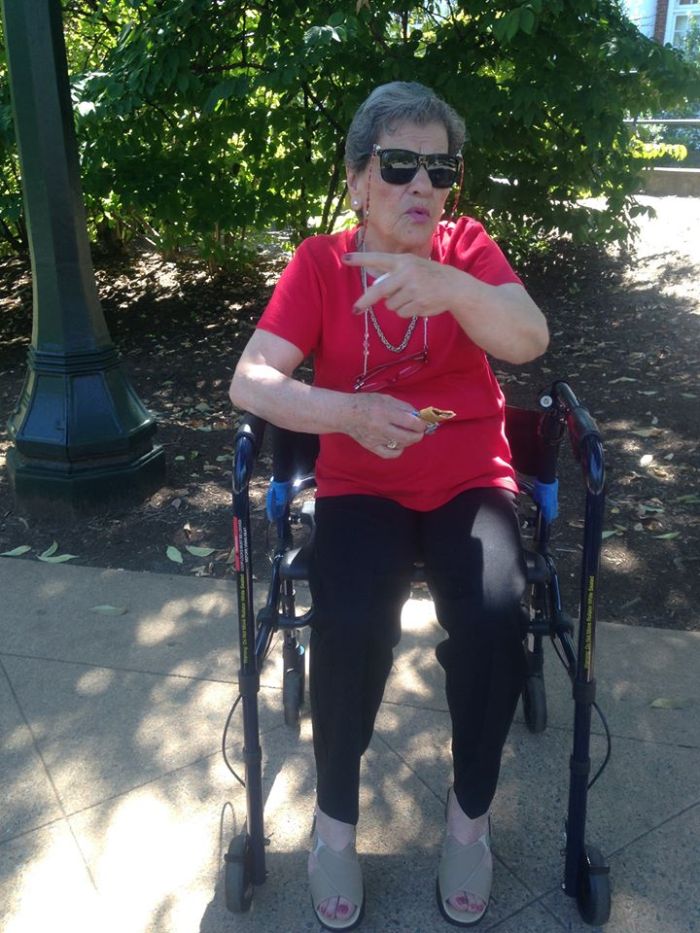 Here she is, exploring Charlottesville in style. 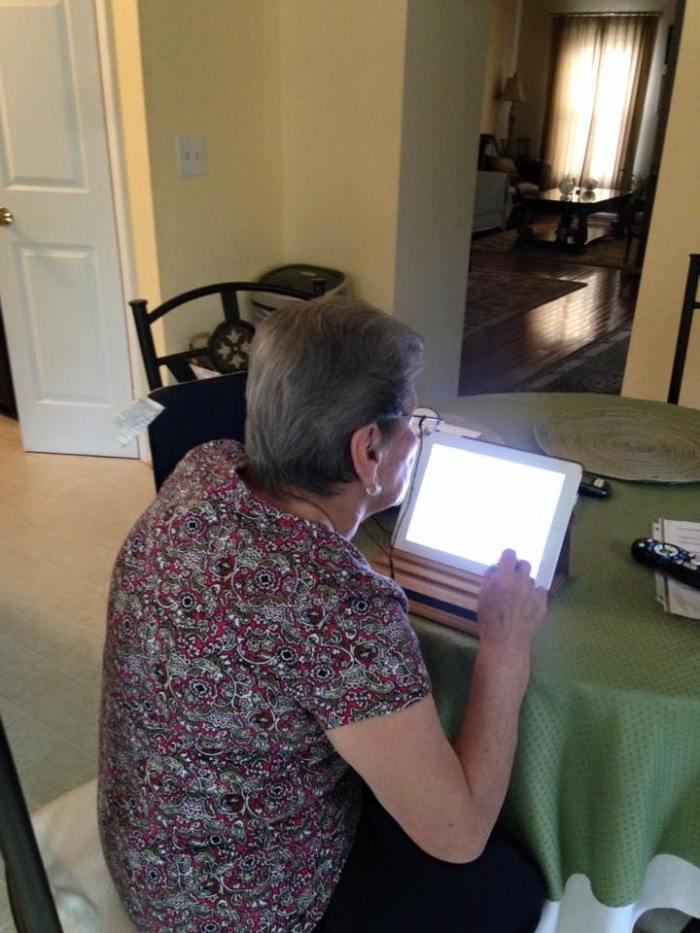 Just a little Colombian grandma and her iPad.

2.) My boyfriend moved down to Virginia and we’re living together in my little apartment, which I affectionately call “the hobbit hole” (my brother came up with the name) because of its lack of windows, low ceilings and miniature kitchen.  So far, it’s going better than I could have expected, despite our widely differing definitions of good TV.  I drove up to Saratoga Springs to pick him up…but before getting there, at a gas station somewhere deep in New Jersey, I was hit on by a skinny teenager drinking a Slurpee. My window was open and he leaned against my door, smiled down at me with slightly yellowed teeth (maybe Slurpee related) and said “Hey girl, how old are you? I know this doesn’t sound very romantic, but something about the way he said it let me know he wanted to know for more than curiosity’s sake. I was so flustered and so thoroughly unaccustomed to being hit on that I said I panicked, said I was 37, rolled the window up and backed out ASAP. 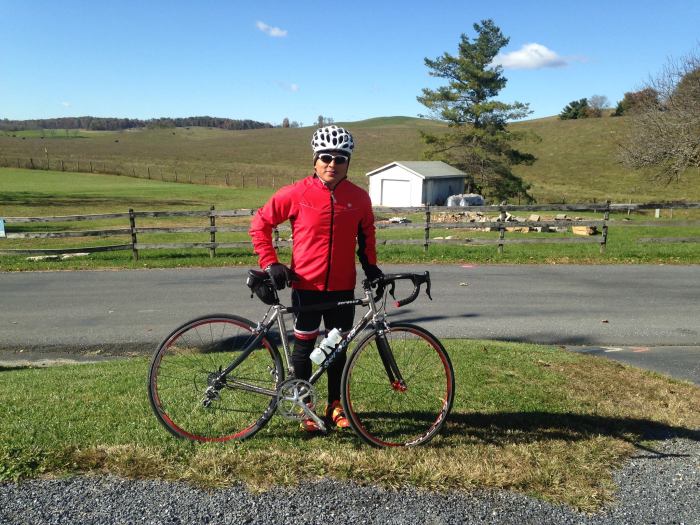 My boyfriend at a biking event in Staunton. He biked 100 miles in one day and I provided moral support and met up with him at one of the rest stops for a breakfast of pancakes, bacon and scrambled eggs. This is actually a very well put-together event and I’m hoping to participate next year. 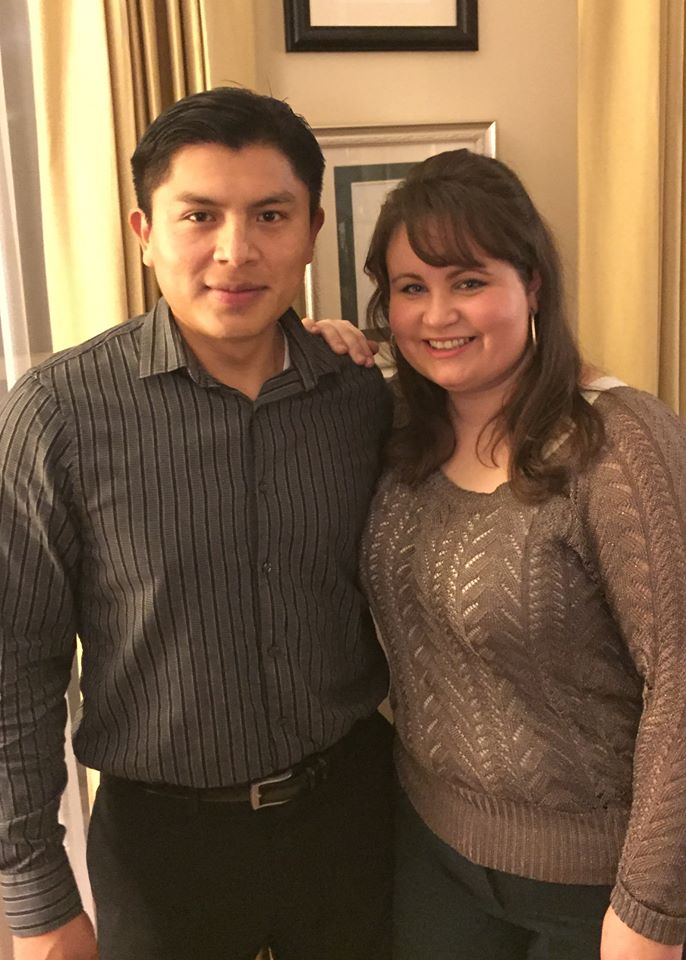 And here we are at our very first Thanksgiving.

3.) Alfie continues to dominate family conversations. But how could he not? Look how adorable he is. 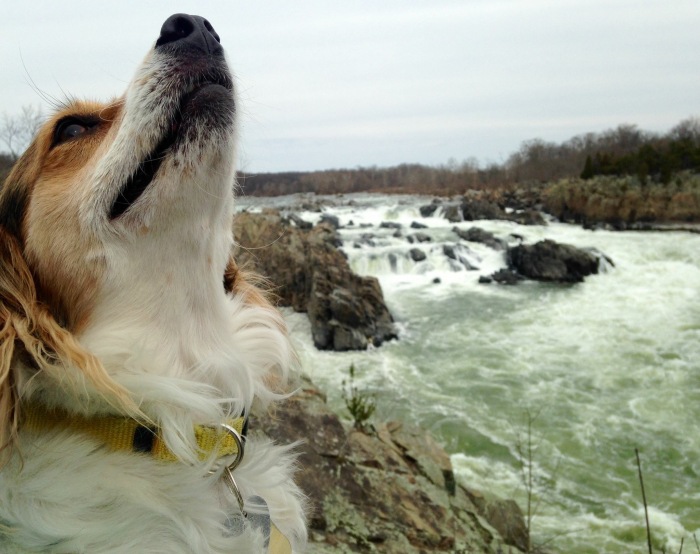 Alfie in warrior pose after conquering the Potomac. 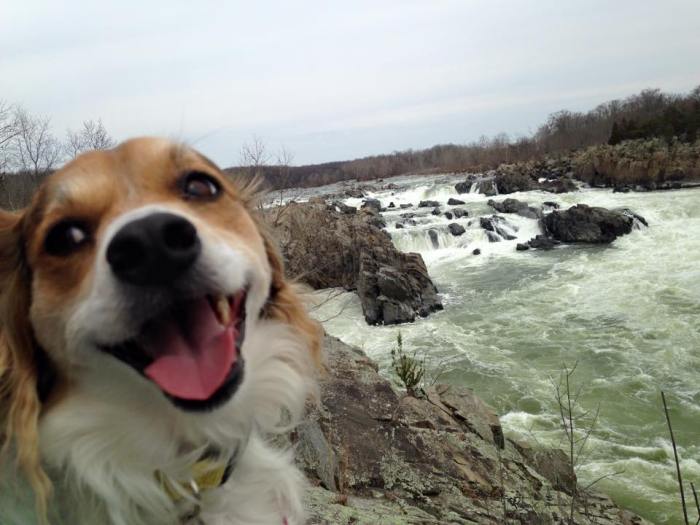 4.) I’ve continued exploring the mid-Atlantic region. Now I have an exploration partner (my bf), which is always nice. 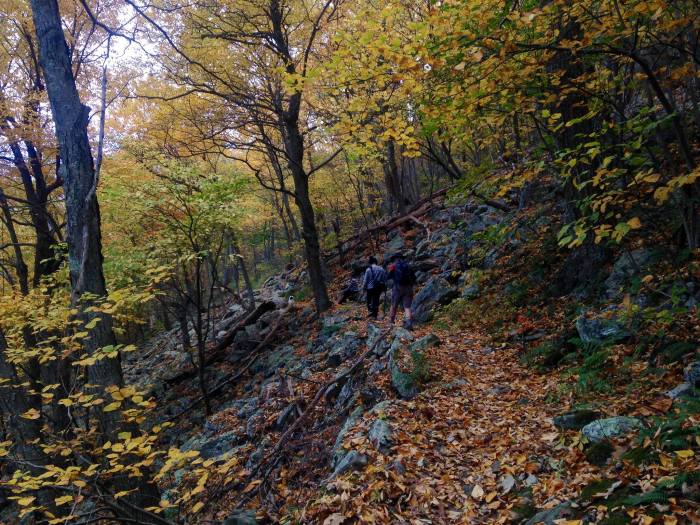 In October, the family went on a hike in the George Washington National Forest. We climbed up to Kennedy Peak and enjoyed the view for about 30 seconds. But then seven dogs  arrived at the summit. Unfortunately, we got to the top at the same time as a dog hiking club (humans with their dogs, not dogs alone). Alfie was not pleased. In fact, Alfie went Mike Tyson on them. This is the problem with having a dog with a Napoleon complex: He’s terrible at making dog friends and is way too aggressive considering his short stature and obesity problem…it’s not like he’s going to win any of these fights. Anyway,  he bit, he barked, he growled…he basically shamed us down the mountain. It was like he was possessed by the spirit of a rabid raccoon.  It would have been nice to enjoy the expansive views for a little while longer, but Alfie was unwilling to share the mountaintop with any other canines. At least he’s cute and likes humans. 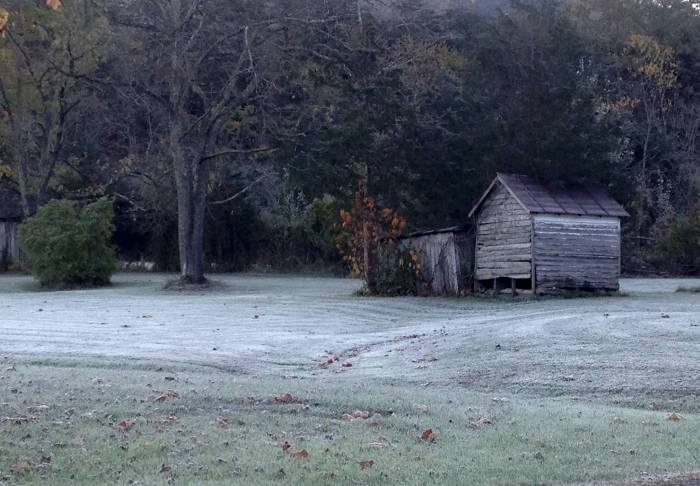 On my boyfriend’s second day of riding (see above) I decided to drive down to Crabtree Fall and passed by the town of Vesuvius, Virginia. This area of Virginia is amazing — narrow winding roads, 360 degree panoramic views, dark, divey old bars, log cabins (some luxurious, others barely standing), clear streams, empty winding roads and amazing fall foliage. But winter comes early here. There was already a light frost on the ground in many of the towns I passed. I’d love to live here but the lack of diversity after a lifetime in Northern Virginia makes me nervous. What would a world without easy access to yucca look like? 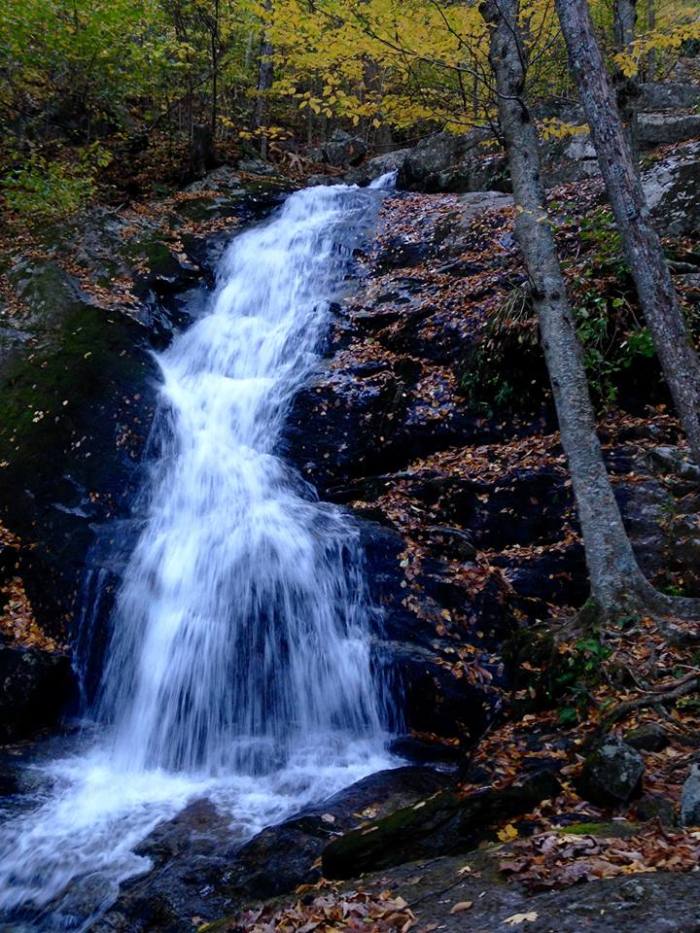 Crabtree Falls is one of the most beautiful waterfalls in Virginia. I came here early on a Sunday morning with the intent of hiking to the top of the falls. There were two guys hiking behind me and after hiking for about 0.3 miles, I realized that a hike to the top of the falls might kill me. But there was this outdoorsy-looking couple behind me and I was too embarrassed to turn around. So I pretended to be awe-struck by the beauty of the falls (I was, kind of), took lots of pictures and turned around when I felt they wouldn’t be able to see me anymore. Why I felt the need to go to all this trouble I do not know. 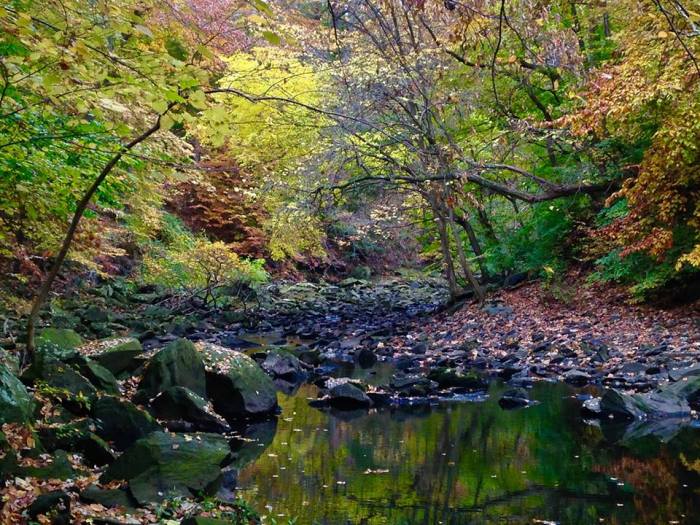 I happened upon this pretty trail near my work. Always fun discovering new trails. 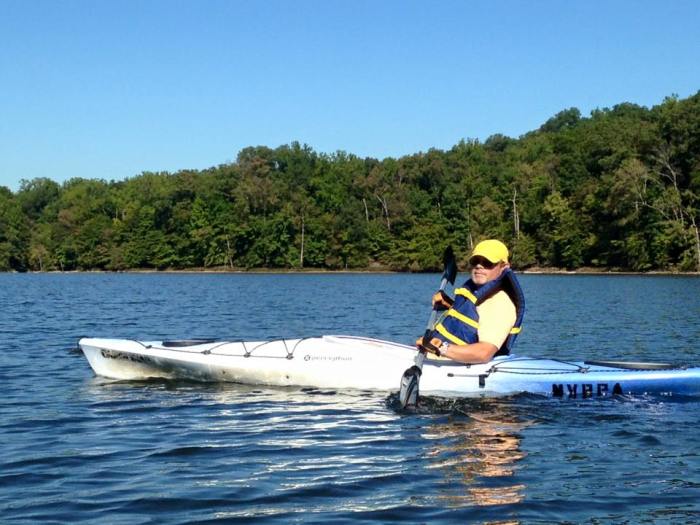 I went kayaking with my father at Fountainhead Regional Park. 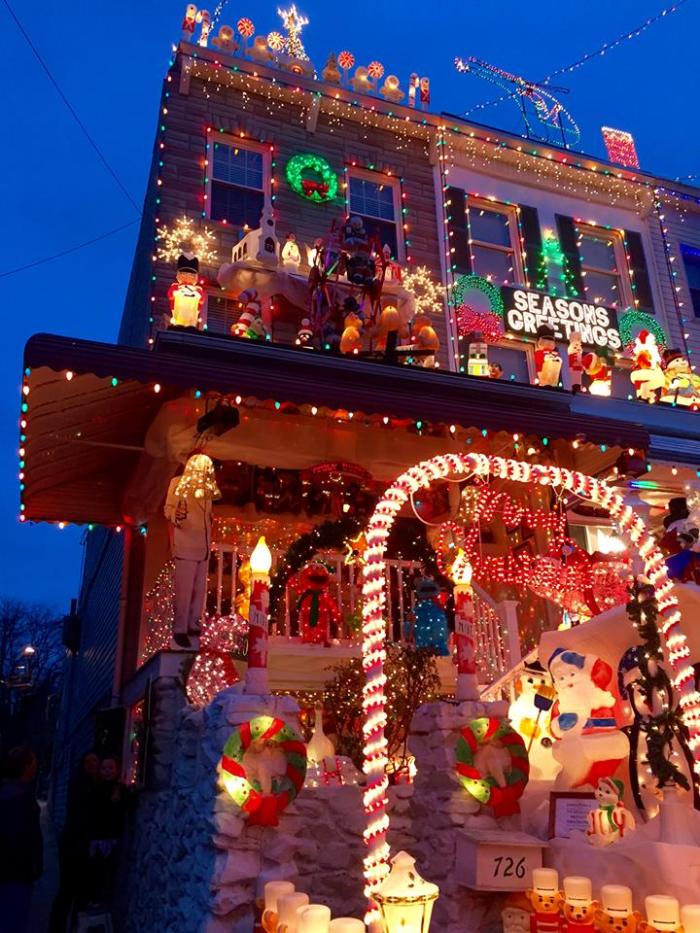 And explored the interesting city of Baltimore with my boyfriend and my friends Courtney and Jefrey. This is a zealously decorated house on 34th street in the Hamden neighborhood. Baltimore is such a strange city…it kind of feels like D.C., Philadelphia and Pittsburgh collided together and created this hodgepodge city chock-full of historic charm and urban decay. You can drive for blocks and blocks  through these gray, potholed neighborhoods heavy with poverty and boarded up houses…and then suddenly you’re in an artsy-fartsy bearded/knitted/thick-rimmed glasses-wearing hipster haven with niche cafes and experimental restaurants. 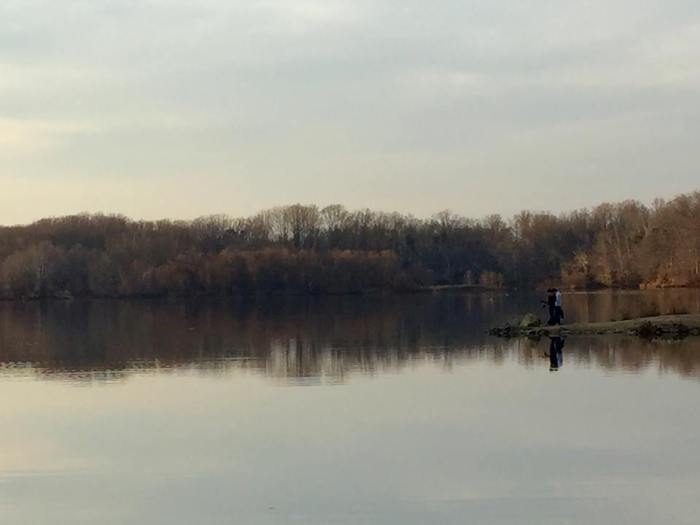 Oh…and I also strolled around Accotink Lake with my cousins… 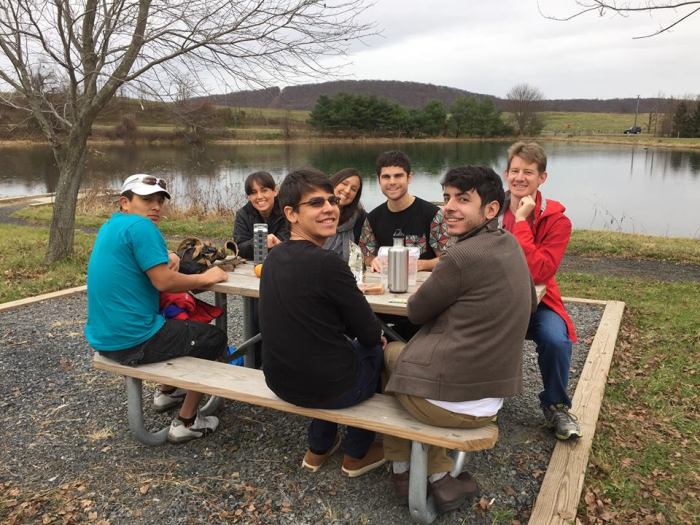 And hiked around Sky Meadows Park with this wonderful group of people.

5.) As you may remember, I dedicated myself to financial austerity earlier this year. As of today, I’ve paid of $16,000 in debt in 12 months, but have had some bumps along the way. For example, taking a two week camping vacation turns out to be quite pricey when one does not actually have any camping or outdoor equipment. It turns out one needs quite a lot of (expensive) camping and outdoor equipment when embarking on a 3,000 mile outdoorsy journey. In addition, it turns out that while camping for two weeks without reliable access to showers seems doable (and even naively idyllic) in theory, it can be quite unpleasant in real life after several 95-degree days in the desert and a week of sleepless nights spent imaging worst-case grizzly bear scenarios while your very thin and fit boyfriend sleeps peacefully beside you (Let’s face it — a hungry bear would prefer me and if the situation calls for running, my boyfriend would get a lot farther than me). Anyway, all this sweating and worrying lead to a several mini emotional breakdowns where suddenly, blowing the budget on a nice, three-star hotel seemed perfectly acceptable.  I still really, really want to to be an outdoorsy person, but I’m not quite there…

When my boyfriend moved in I got a little off track buying household items (turns out he believes in pots and pans, a full refrigerator and plentiful cleaning products) and then Christmas rolled around.

But I’m recommitting. My 2016 Goals include paying off ALL my credit cards (only two more to go!) and finally, after ten long years together, getting rid of Sallie Mae. So I could have done a little bit better, but I’m moving in the right direction and $16,000 is almost a new car’s worth of debt!

If you’ve gotten this far, I thank you for reading and leave you with this: 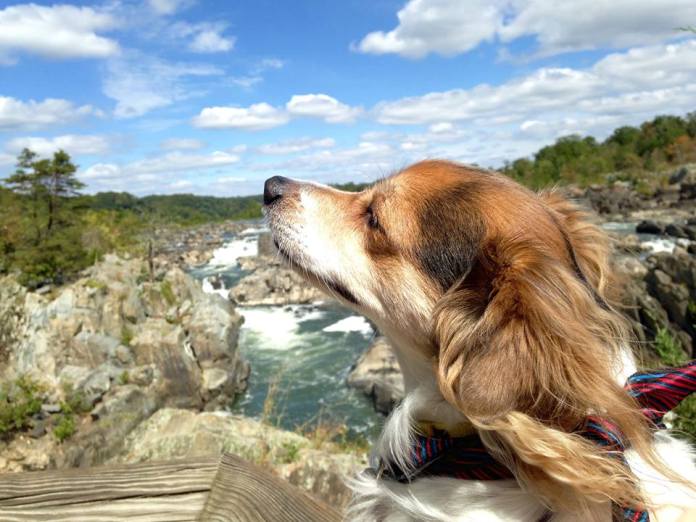